Both are "wrong" (within the context of the general understanding, analysis and discussions). Within a broader, deeper holodynamic-systems context (as covered by the Key Principles of Life, for Life) both are "right" in that the system we experience is newly forming and being formed by intelligent interaction with the physical environment.

Lamarck was ahead of his time: We physically affect our genetic structure (and children's inherited characteristics) by what we think, feel and believe - as required by the Key Principles. 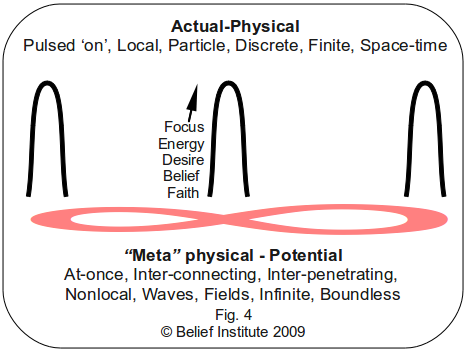 According to some estimates, our physical system is rapidly being refreshed somewhere around 18.54 x 1042 times each second (the inverse of the Planck time). In other words, the universe, and everyone and everything in it, is newly cycling into physicality trillions of times each second. It is being intelligently designed by us and the greater unconscious-collective within which we exist. That is to say, "it" -- the system, comprising our bodies, planet and the entire universe -- is being "intelligently designed, and re-designed" many trillions of times each second. And each part within is co-creating the system as experienced. As physicist John A. Wheeler remarked, we live within a participatory universe.

As introduced elsewhere on this site, science and religion are "sister belief-systems", in that both objectify physical and meta-physical realities, respectively. Both rely on, and posit theories based on an objective separation of perceiver from some 'functionally separate'  aspect of existence (physical and meta-physical). Scientific and religious beliefs are reliant on a fundamental disconnect between individual (part) and whole (universe); between individual-consciousness and collectives of unconscious/nonlocal cooperation and influences; between One and All.

The Evidence for Lamarck

Is it possible for an active scientist to communicate esoteric research findings in plain everyday language? The short answer is no. This may only be possible for stories on more popular topics such as dinosaurs, the "Big Bang" and extraterrestrial life - they readily capture the public's attention and numerous definitions and qualifications are not necessary. Nevertheless I have agreed to do so following a kind request from the editor for a "plain language version of our work re Lamarckianism". While this is difficult, we have already tried to do just this in our recent book Lamarck's Signature .

The proposition that characteristics, both physical and mental, acquired during an individual's lifetime may be passed on genetically to offspring is no doubt part of the popular imagination. As such it should be easily communicable to a wider non-scientific audience. However, such knowledge is often rudimentary and distorted ("the sins of the father" and such) or contaminated with a vague feeling that it does not "smell right" scientifically. One can also hear the more erudite utterances: "Does this not smack of that discredited fellow Lamarck who Darwin showed was wrong?".. and .. "Samuel Butler, George Bernard Shaw and Arthur Koestler were delusional romantics, all brilliant humanists but hopeless scientists." Here I will show that these hopeless romantics were probably right. I will attempt to condense the main features of our work to encourage those interested in the topic to delve further and confront the large body of evidence.

After two decades of research my colleagues and I now have good evidence that the tell-tale signs of "soma-to-germline genetic impact events" have been etched into the very fabric of our chromosomes. This conclusion is quite the opposite to that expected under the ruling neo-Darwinian genetic paradigm based on Weismann's Doctrine. The data have arisen from our research on the molecular genetics of the immune system, the system which allows our body to produce disease-fighting antibodies in the bloodstream. The quality of this evidence is now as strong as our confidence that the origin of craters on the surface of the moon or earth are the impact sites of large cosmic bolides such as comets and asteroids. Thus the molecular genetic evidence derived from the immune systems of higher animals point to "Lamarck's Signature", identified as the imprint of numerous soma-to-germline genetic impact events written into the DNA of our chromosomes encoding antibody genes. Such events which have repeatedly occurred over 400-million years of evolutionary time.

Before I get into this story let me express a special debt of gratitude to my colleague and active collaborator Professor Bob Blanden (of the ANU's John Curtin School of Medical Research) whose scientific support and friendship has been unstinting over almost three decades. In recent years Blanden's intellectual input has been both incisive and decisive in the development of our current ideas on how somatic cell-to-germ cell flow of genetic information may be effected.

The Evolution of the Human Psyche 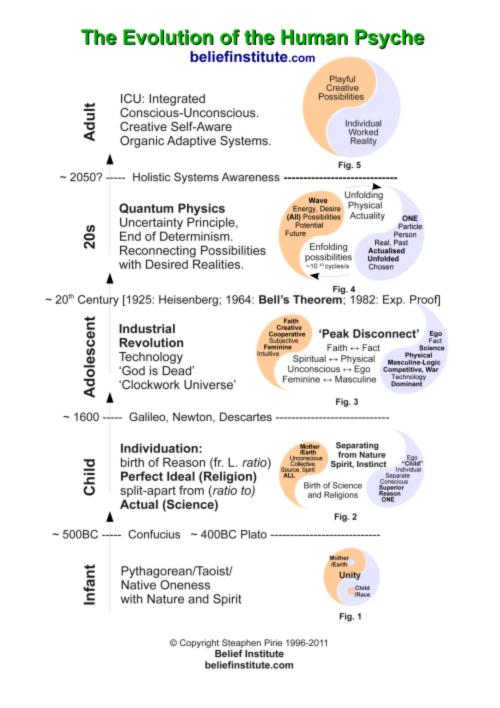 Given current world circumstances (e.g. the 2008 global economic situation; recent and current controversies in the USA over the teaching of "Intelligent Design" and recent demonstrations against cartoons and books that are deemed blasphemous) perhaps it's timely that we gain a fuller perspective. It is quite evident there are conflicting views on what is "Truth."

Is Intelligent Design a valid alternative to the Theory of Evolution? Is it genuinely blasphemous to create an image of that which is deemed sacred? How can we see our way clear of the jungle of conflicting faiths and beliefs?